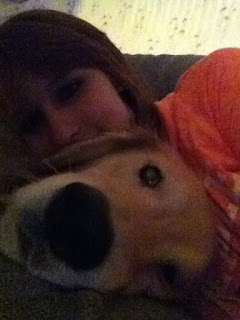 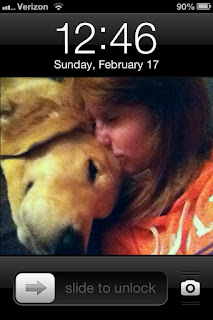 This post is brought to you by PUPPY CUDDLES! 🙂
Here’s how Stitch Fix works:
1) Sign up and create your own personal style profile
2) Schedule your first shipment (how exciting!)
3) Receive and try on your clothing in the comfort of your own home, styled with pieces that you already own
4) Check out online, within 3 days. Leave detailed feedback about what you loved and what you didn’t like so much. Every bit of information helps your stylist grow
5) Mail back your returns in the provided pre-paid envelope
6) Show off your new items! 🙂
Well guys, since I’m SO behind the ball on this whole blogging thing I’ve decided to back log my fixes from the past two years. These will just be short impressions of the items that I received with pictures of the style cards included. There will not always be pictures of myself, because I wasn’t big into reveals that long ago. In fact, there probably won’t be a lot of pictures at all in this post, because I have since sold some of the items I’d bought. Feel free to pin away! 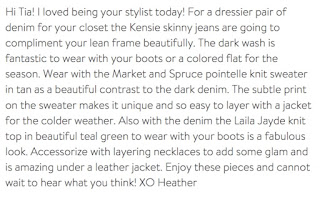 Heather made a lot of assumptions about the type of shoes I owned, haha. Spoiler alert: I didn’t own any boots or flats. Totally fashion challenged at this point in my life. Still no Pinterest, but I think Heather did a pretty good job!
Pink Martini Moises Colorblock Sleeveless Dress – $68 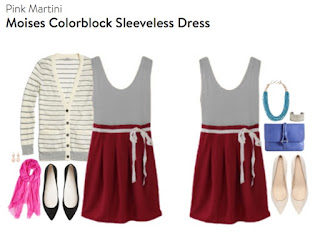 I really wanted to like this dress, but it was pretty flat and lifeless on my figure. From the card it looks like there is a tie to cinch the waist, but it’s actually only there for decorative purposes. Boo.
RETURNED.
Laila Jayde Jaspers Split Neck Knit Shirt – $68 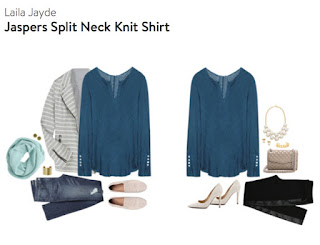 I liked this shirt a lot for a little while. It wasn’t loose or boxy like a lot of the other shirts that Stitch Fix was sending me and the color was really nice. It was pretty sheer, and fell apart really quickly. The sleeves started to develop holes along them, which isn’t the quality I expect from something I pay a decent amount of money for.
KEPT.
LA MADE Axelle Colorblock Jacket – $168 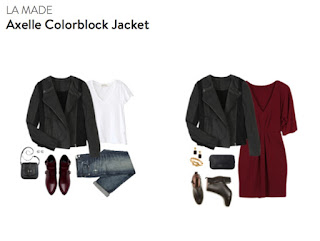 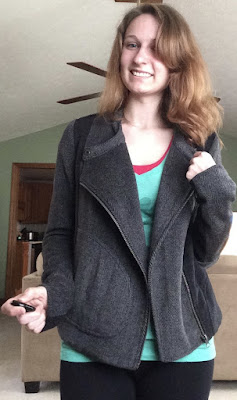 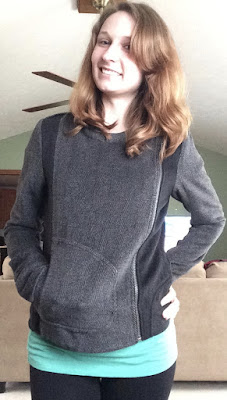 I wanted to like this jacket a lot. I bought it because I really wanted to incorporate it into my wardrobe, but I ended up not wearing it a single time. The sleeves were way too short and it was tight in the shoulders. I don’t even think that I should have kept it had I known about size exchanges at the time. It’s currently up on my Poshmark in case anyone is interested 🙂
KEPT.
Market and Spruce Yuna Chevron Pointelle Knit Sweater – $68 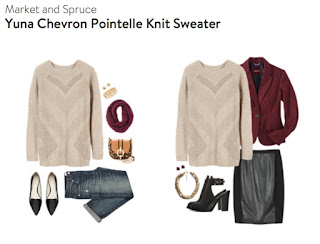 This is my favorite sweater ever! It’s so soft and comfy. Just so perfect for those chilly days. And I mean, come on. SO CUTE!
KEPT.
Kensie Jeans Sophia Skinny Jeans – $88 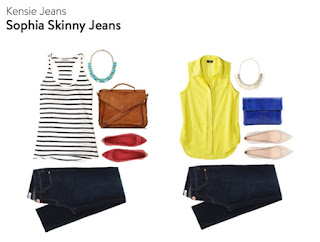 This is the first time in seven fixes that I actually didn’t buy the jeans they had sent me. I had bought a pair of Kensie’s in my first fix, and I still love them to this day. But I didn’t need another dark wash in the same brand of jeans. That’s really the only reason I sent them back. They still fit amazingly!
RETURNED.
3/5. Well.. technically a 2/5 I guess since I never ACTUALLY wore the jacket, haha. I think Heather was on the right track. She probably would have been a great regular stylist for me, had I known that I was able to request one back then.
Fix #8 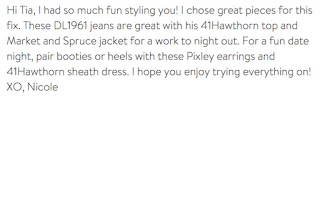 Wow. Talk about a personal note. Nothing like starting off your unboxing on the wrong foot.
Pixley Irene Crystal Medallion Earrings – $? 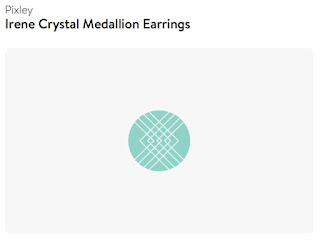 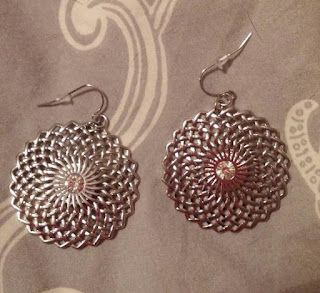 (Picture from Pinterest)
Well, this is annoying. Just two fixes ago I had checked off that I didn’t want to receive jewelry anymore in my boxes, and here I was with a pair of earrings. My ears aren’t even pierced! They aren’t even the kind of earrings that made me WISH my ears were pierced to begin with, haha.
RETURNED.
Market & Spruce Elissa French Terry Moto Jacket – $68 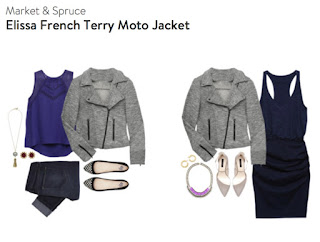 I really liked this moto jacket, but I had just bought a similar jacket in my previous fix (see above). And I still hadn’t even worn that jacket a single time.. heheh.. So I just couldn’t justify buying another.
RETURNED.
41Hawthorn Maxx Sleeveless Illusion Sheath Dress – $78 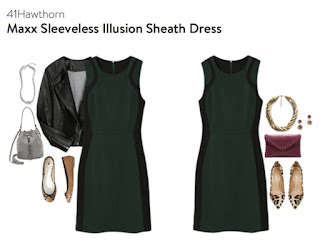 On paper this dress is really pretty, and kind of sexy. Definitely something that would be right up my ally, but it didn’t fit in the arms and was kind of big in the chest. Keep in mind I hadn’t changed my sizing from S to XS yet in my profile.
RETURNED.
DL1961 Estrella Skinny Jean – $98 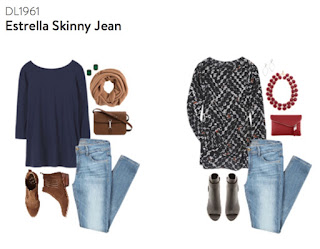 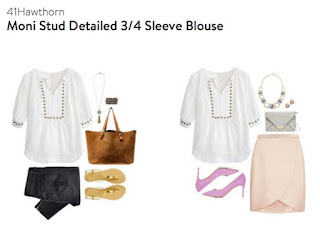 I could kick myself! I own this shirt in navy and black. I bought them both off of the boards because I kept requesting this shirt and never received it. Well no wonder! I returned it already! It was probably very big on me because it was the wrong size, so I just sent it back. I love this shirt so much and I bet I would LOVE it in white!
RETURNED.
My first 0/5! I was brutally honest with my feedback and definitely expressed my disappointment with the service. What a dark time in Stitch Fix history! Thankfully this was my first and only 0/5. Brighter days were around the corner!
Well this has been a fun trip down memory lane! I hope I’ve given my fellow Fixers an insight into what Stitch Fix was sending two years ago, and some inspiration for your Pinterests 🙂 Thanks so much for choosing to read my little blog.
Until next time!
– Tia 🙂
Other reviews you might love:
Stitch Fix #5 and #6
Stitch Fix #9 and #10
Trunk Club #1
Elle Boutique Box #1
XOmandysue Box #1
Dailylook Box #1
Bungalow Clothing Box #1 Hello there!
My name is Tia and I'm so glad that you're here!